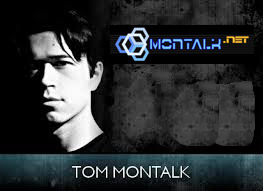 There is far more to this world than taught in our schools, shown in the media, or proclaimed by the church and state. Most of mankind lives in a hypnotic trance, taking to be reality what is instead a twisted simulacrum of reality, a collective dream in which values are inverted, lies are taken as truth, and tyranny is accepted as security. They enjoy their ignorance and cling tightly to the misery that gives them identity.
What is the Matrix Control System?
Tom's site is beautifully organized, easy to navigate, and the best conceived  overview of 'fringe' information that I have found.
(And goodness knows, I'm always scouting.)
From his "Fringe Knowledge for Beginners"
and
"Discerning Alien Disinformation"
(both downloadable pdf's)
alien
conspiracy
matrix
metaphysics
science
gnosis

Here is a very fascinating explanation of a possibility of why the history of the Jews is so unusual on this planet. Through his perspective we get a penetrating look at the "time line" to see what could be beneath the survival of a tiny tribe through more than 5000 years of history. in such a continuously perplexing manner.
No one seems to understand the depth of the Jewish story and deeply emotional disagreements abound on all levels.
We all feel the underlying power of the existence of this tiny group is disproportionate to their actual power.  How can 17 million people really do all the things for which they are held responsible?. Christian 31.59% (of which Roman Catholic 18.85%, Protestant 8.15%, Orthodox 4.96%, Anglican 1.26%), Muslim 25.2%, Hindu 15.0%, Buddhist 7.1%, Sikh 0.35%, Jewish 0.2%, Bahá'í 0.11%
Jews, Judaism, The WWII Holocaust, Zionism, hypocritical actions against the Palestinians for many years plus opinions about how much the Jews control Hollywood, banks, even the US government...all these stories have their believers and their emotions run high.  It's really best if we understand WHY the Jews are NOT responsible for all this carnage, since all we do is go around and around and get nowhere when we believe such a false historical perspective.
Now that so much blame is being heaped on Zionism (let's be sure to call a spade a spade since the regular Jewish people have no clue what's really underneath anything they believe)...we must make sense of this story.  As this writing by Tom Montalk shows, NO ONE GROUP is responsible for all this mayhem.
It also gives another look at l possible scenarios that seriously do not get any play in the world of subterfuge which so dominates our input and  output.
History would have turned out very differently had the Israelites never
acquired the Ark Stone, if they faded into history like other tribes of the past.
http://montalk.net/gnosis/187/mosaic-abuse-of-demiurgic-technology
Mosaic Abuse of Demiurgic Technology
I'm far more than merely "excited"  to bring Tom Montalk's prodigious work to your attention.
After many years of my own dogged study of the "alien influence" in past and present human history, I became somewhat dispirited by the division and dissent among even the most devoted scholars in the field. Having different opinions is hardly a shocker, of course, since that is the 'way of humanity'.  This subject, however, cannot afford to be ignored and derided..  Remaining mired in the confusions of the human mind, our ignorance as a species has allowed the easy emotional, intellectual and spiritual domination of humanity .  "Divide and conquer" is exactly what the Alien/Hidden Human Agendas have fostered for their own benefits. We must address this subject head on to maintain any semblance of becoming the Beings we imagine ourselves to be.
Given the fragmented and conflicted elements that keeps deepening, it was a great relief to find a man with astute research capabilities who has made sense of this enormous field.Tom Montalk's work offers a turning point for those of us seriously seeking a synthesized and organized overview of the confusing, hidden and marginalized elements of "fringe" information, aliens, the Control System and more. See what you think! 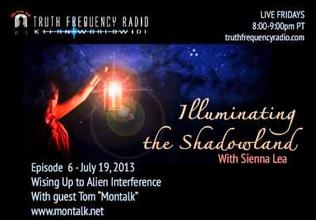