A gift to the world from the Hawaiian Nation    This family and group healing process has been used for many centuries by the Hawaiian people, and shows their great tradition of love in action.
Self I-dentity through Ho’oponopono is a Hawaiian problem solving process to release memories that show up as problems in our everyday lives. When we are willing to take responsibility and let go, what is right and perfect unfolds. The Ho’oponopono process provides “a step by step approach to achieving Peace, Balance and a new meaning of life through an understanding of one’s Self-I-dentity.”

We must connect with our True Self  to deal with life's issues. The operative word is CONSCIOUSNESS, and to arrive at a "wakened state" necessitates a freeing and balancing of the emotions.  They are our guidance system. When we get comfortable accepting our feelings, processing them and moving through our self-absorption, we can live in a brave and forthright manner, handle the many problems facing us (without drugging ourselves into oblivion) and make our life what we were born to BE. It's a lot of work, but isn't the reality of living a wonderful life worth it? That's a key decision only you can make for yourself... and your life depends upon it.

EMOTIONAL TEACHERS
Everyone is buzzing about GREED...
...and the value of human connections over materialism...
“But I don't want to go among mad people,” Alice remarked"
“Oh, you can't help that,” said the Cat:
“We're all mad here. I'm mad. You're mad.”
“How do you know I’m mad?” said Alice.
“You must be,” said the Cat, “or you wouldn't have come here.”
Alice in Wonderland - Lewis Carroll
Healing our Emotions is the Key to Health....

Alice Miller acclaimed author of 13 books, translated into thirty languages, began her brilliant career as a German psychotherapist. She originated the focus, the dedication toward realizing that damage in childhood causes damaging adults. For Your Own Good and The Drama of the Gifted Child, are two of her most well known books. Alice Miller is an amazing woman and died in 2010 at the age of 87.

Stan Grof author of  The Stormy Search for the Self  and creator of Holotropic Breath work..... and much more.....
Spiritual awakening and development is a natural evolutionary process and some cultures recognize this, having developed rituals to encourage inner growth and transformation.

WHY ARE EMOTIONS SO IMPORTANT?
The Human Emotions (Videos 1-6)
COGNITIVE THERAPY

My daughter sent me this site with a note: "this is what you've been talking about for 30 years". Godloveher, she heard me.
This is a GREAT SITE and is out there in the public eye. It's not free, (here is the FREE part of their site to get started). It's surprisingly  very, very good. Promoted by an excited Lindsay Wagner,  it's right on target with a METHOD for PERSISTING and GETTING TO THE ROOT OF THE ISSUES SO YOU CAN CHANGE FEELINGS, AWARENESSES AND ACTIONS from the root.... and with others holding your hand.
Begun in 1988, it is obvious that Dr. Erika Chopich & Dr. Margaret Paul have worked assiduously to create something real. To be honest, it is the closest thing I've ever seen to a system I thought up in the late 1980's as I was processing this without email or cell phones or computers as they are today. Calling it  "Best Friends", it was a whole plan  for connecting with each other and processing these erroneous concepts we pick up as children (etc.) . Of course I couldn't take it to market since it's a life's work...... and not mine.   It obviously wasn't my "calling" since I didn't want to get psych degrees or do anything that forced me to stick to a schedule :-). DownSize to Thrive is my baby.
These two ladies and their helpers have focused and focused and focused..... THANK GOODNESS someone actually DID  IT. Yes, there are more process oriented sites out there and I have several on DownSize to Thrive, but this one offers a very developed community of souls working outside the damn boz as HAS to be to get anywhere real.  BEST FRIENDS rises as I knew it would! We do NOT have to fulfill all our own creative ideas. Enjoy them and let them go when they are not yours to bring into form.... for others are there and we work together. Lovely.
You know, what makes me really happy is that here is a way to do what took me years and years, for you to get a far quicker method "on the cheap" and not spend 160 bucks an hour for some psychiatric dude who more often than not is more stuck than his/her patients. I have lots of friends and acquaintances whose resumes impress, but whose lives are really no better than any of us without the credentials. In fact........I recall the times I went for help and  ended up holding their hands and listening to their stories.  Good stories. Will I tell all? Who knows. Probably not.
More about Inner Bonding:
Some of their professionals  have branched out to include EFT plus other ways to get yourself to listen to yourself.  As they say on their site: "INNER BONDING is a process that leads to loving yourself through teaching you how to take 100% responsibility for your own feelings and needs.  Self-abandonment is the core issue behind anxiety, depression, anger, addictions, relationship problems, and parenting problems. Self-abandonment leads to feeling like a victim, while Inner Bonding leads to emotional freedom and personal empowerment.
INNER BONDING is an easy-to-learn system, a roadmap presenting clear steps that, when practiced, brings rapid results in understanding our feelings and behavior, resolving our fears and false beliefs that control our lives, and gives us clear direction toward becoming loving to ourselves and others. Healing our deeper issues through INNER BONDING results in the peace, joy, fulfillment and empowerment that we all seek but find so elusive.
INNER BONDING is a powerful six-step mind/body/spirit healing process that will transform your life by teaching you to:  Recognize your true worth
Discover your passion and purpose in life
Take loving care of your heart, mind, body, and spirit
Take responsibility for your own feelings of pain and joy, safety and worth
Create deeply satisfying and enduring love relationships
INNER BONDING is not just another technique to solve problems - it is a deep healing process that leads to connection with self, others, and Divine Love. INNER BONDING works, regardless of one's spiritual or religious background or how severely one was abused, neglected, or indulged as a child.
"Only by resurrecting our own memories can we realise how incredibly
distorted is the child's vision of the world."      George Orwell
...Confusion is an essential precondition to deeper insight. Confusion rids the mind of all you thought you knew,
and thereby opens some space for new ideas. Harrison Owen

HOLOSYNC and Bill Harris
We all live in our own world(s).
You can try all you want to get others to understand you,
but much of the time it's a wasted effort.
Focus on understanding your own self and heal your primary wounds/imprints/brainwashing through a determined effort to raise your own consciousness. Get help from those who grasp the Rules of Life and are also working on THEMSELVES. There is no other path to wellness and NOONE is exempt.. (Rremember: I didn't make the rules.... just being a messenger, as we all are.)

Terrified of Death?
Some People Are.
Here's an excellent site about Existential Crises as the Bedrock of Anxiety Disorders.
Dr. Barry Wolfe
Clinical Psychologist

A very large number of mass killers are on pharmaceutical drugs. That website has more details than you can imagine. That information isn't showing up on the normal news channels for obvious AMA reasons.  But antidepressants,mainly Selective Serotonin Reuptake Inhibitors (SSRIs) have too many negativr repercussions to be ignored any longer. That's just the way it is and the deeper truths underneath this completely heart wrenching destruction perpetuated by our young killers must be exposed. . Millions of children have been forced to take drugs in order to fit into a system that demands compliance and forcespaths that are not suited for everyone
Psychiatry goes insane: Every human emotion now classified as a mental disorder in new psychiatric manual DSM-5
(By Mike Adams, The Health Ranger from NaturalNews) The industry of modern psychiatry has officially gone insane. Virtually every emotion experienced by a human being -- sadness, grief, anxiety, frustration, impatience, excitement -- is now being classified as a "mental disorder" demanding chemical treatment (with prescription medications, of course).
The new, upcoming DSM-5 "psychiatry bible," expected to be released in a few months, has transformed itself from a medical reference manual to a testament to the insanity of the industry itself. CLICK HERE for more information.
There are 11 sections of this YouTube video.
You won't get near an unvetted psychiatrist after watching these stats and the historical info on psychiatry.   Psychiatrists ARE PHARMA DRUG ORIENTED an have no broad vision of the human being. They are functionally illiterate an so egocentric they don't know what threy don't know. PLUS, they drug up their patients without  Go to a psychologist, preferably a transformational psychologist, integrative psychologist etc.
Psychiatry:
An Industry of Death
SEGMENT 1
Psychiatry: An Industryof Death
SEGMENT
4
SEGMENT
2
SEGMENT
3
PSYCHIATRY GOES INSANE 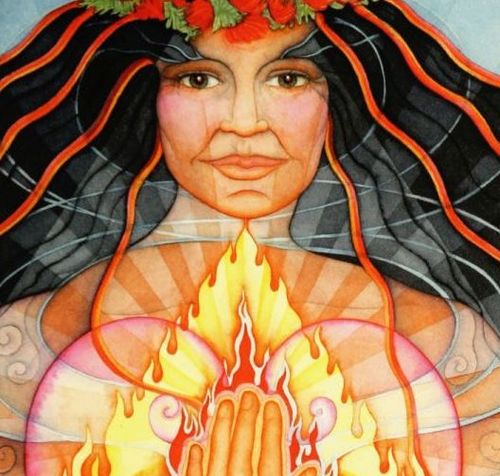 Back to Index
CRACKING THE MENTAL PROGRAMMING THEY DON'T WANT US TO SEE.
Here's the path to the Red Pill.
Stay closed and soon you'll be living in 1984, The Matrix, Brave New World and all the rest.
DON'T LET THEM GET YOU.
Truth in all its forms emboldens the courage to open to knowledge which underpins human freedom. 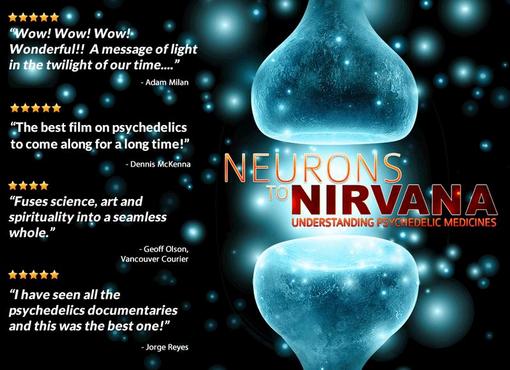 Brought to you by Mangu.tv
Each Topic on DST is necessary for our full understanding. Your support keeps it all going.
EMDR - An interesting and now popular therapy (begun in 1989) to bring up repressed emotions and reprogram PTSD
HEARTBREAKING but VITAL TO OUR UNDERSTANDING
The Trauma of a Gifted Child Whose Mother was Alice Miller
The Mask of the Child's Rights Activist - Alice Miller
INTERVIEW with Martin Miller, son of Alice Miller
EMDR explained well with info about more websites. Video