1
1
DownSize To Thrive
Dr. Paul Craig Roberts
In 2011, The Activist Post published a poll on the
Top 10 Influential People in the Alternative Media
These were the criteria that were used to choose them.
* people who have the courage to seek the truth no matter where the
information leads them;
* those with the courage to question 9/11;
* those who don't buy into the false left-right political paradigm;
* those who are grounded in peace and liberty;
* those with the communication skills and platform to affect real change. 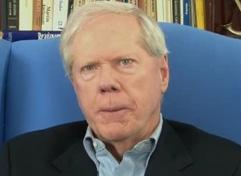 What the article has to say about Dr. Roberts:
Dr. Paul Craig Roberts: Paul Craig Roberts is one of the most respected columnists in the alternative media. His syndicated articles can be seen on many leading alternative news websites including Lew Rockwell, Infowars, Counterpunch, InformationClearingHouse and countless others. Roberts scores huge points in the credibility department having been the former head of policy at the Department of Treasury under Reagan, and the editor of the Wall Street Journal -- among a long list of other accolades. His research is impeccable and his vision of how the world really operates is second to none. He knows why and when the global chess pieces are moving, and has the incredible talent to communicate difficult concepts to the general public. He has written several books including The Tyranny of Good Intentions, and How the Economy was Lost. His many interviews can be seen on Russia Today and Prison Planet TV. Roberts is also a recent contributor to Gerald Celente's esteemed Trends Journal. There is no one better at reporting the reality of geo-political events and the workings of the Treasury and the Federal Reserve.
Double click here to add text.YOUYOUYou
Dr. Roberts on
9/11 & More
Danger ! Watch out. Everything Dr. Roberts says is rational, intelligent, reasonable, clear and to the point. Can you stand it? Can you focus long enough to get through it? Are you so brainwashed that you can't even begin to get honest with yourself about the defining event of our time that has been painted (as usual) as a big fat lie.
Watch Dr. Paul Craig Roberts on Video. Read his books.
A list of his articles follows.
HERE IS DR. ROBERTS' WEBSITE.
CLICK HERE.  ALL of HIS ARTICLES ARE ON HIS SITE.
Here are just a few. ......
Warning us in 2009 :      AMERICANS: SERFS RULED BY OLIGARCHS
2013:   WHAT IS THE REAL AGENDA OF THE AMERICAN POLICE STATE
​  Dr. Roberts on the ECONOMY
AMERICA IS GOING
TO CRASH BIGTIME
Even in 2011 Dr. Roberts was amazed that the illusion of the dollar was still able to be propped up.  Now, with 2014 coming close, it's a daily miracle to watch MONEY AS DEBT still functioning.
USA -
A Lawless State
“The country is not being run by the President. It is being run by spy agencies and private interest groups, Wall Street and military security complex . . . They run the country. The President is a puppet, a figurehead.”
(Not too hard to grasp this reality at the beginning of 2014 after all we see as WTF issues?!) 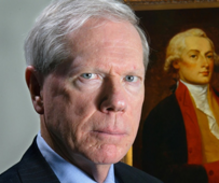 One outstandingly brilliant element that most wise teachers fail to discuss, is his illumination of the intense power of EMOTIONAL RESISTANCE to the truth. It took me a very long time to grasp how terrified the average citizen is about seeing and accepting the truth of our plight. I don't know if it was difficult for him to accept, but Dr. Roberts understands this critical block of the emotional component that keep the Sheeple population so huge. This is an overlooked aspect of deep importance that  Dr. Roberts brings forward. The emotional impediment  must be painfully acknowledged by those of us who are dreadfully frustrated, angry and just plain depressed over the
average citizen's deep resistance to the Truth. It's obvious that they don't want to be set free from their cells, from their slavery, nor from the twisted ideologies and
assiduous brainwashing by corporate/cabal/banksters/advertising/controlled news/mind control machinery bent on enforcing materialism as our godhead and compliance as our path. Emotional resistance is exactly what stops us from awakening. Dr. Roberts hits the nail on the head.  EMOTIONAL RESISTANCE is a luxury
we can no longer afford.
Thank you, Dr. Roberts, for your deep honesty, passion and damn hard work. You have been there. You know with whom we are dealing and you take no prisoners!  Please take care of yourself and stay well, because your voice is irreplaceable.

The tide is clearly turning toward the truth....and it's because of brave and intelligent people like Dr. Roberts.  CLICK HERE